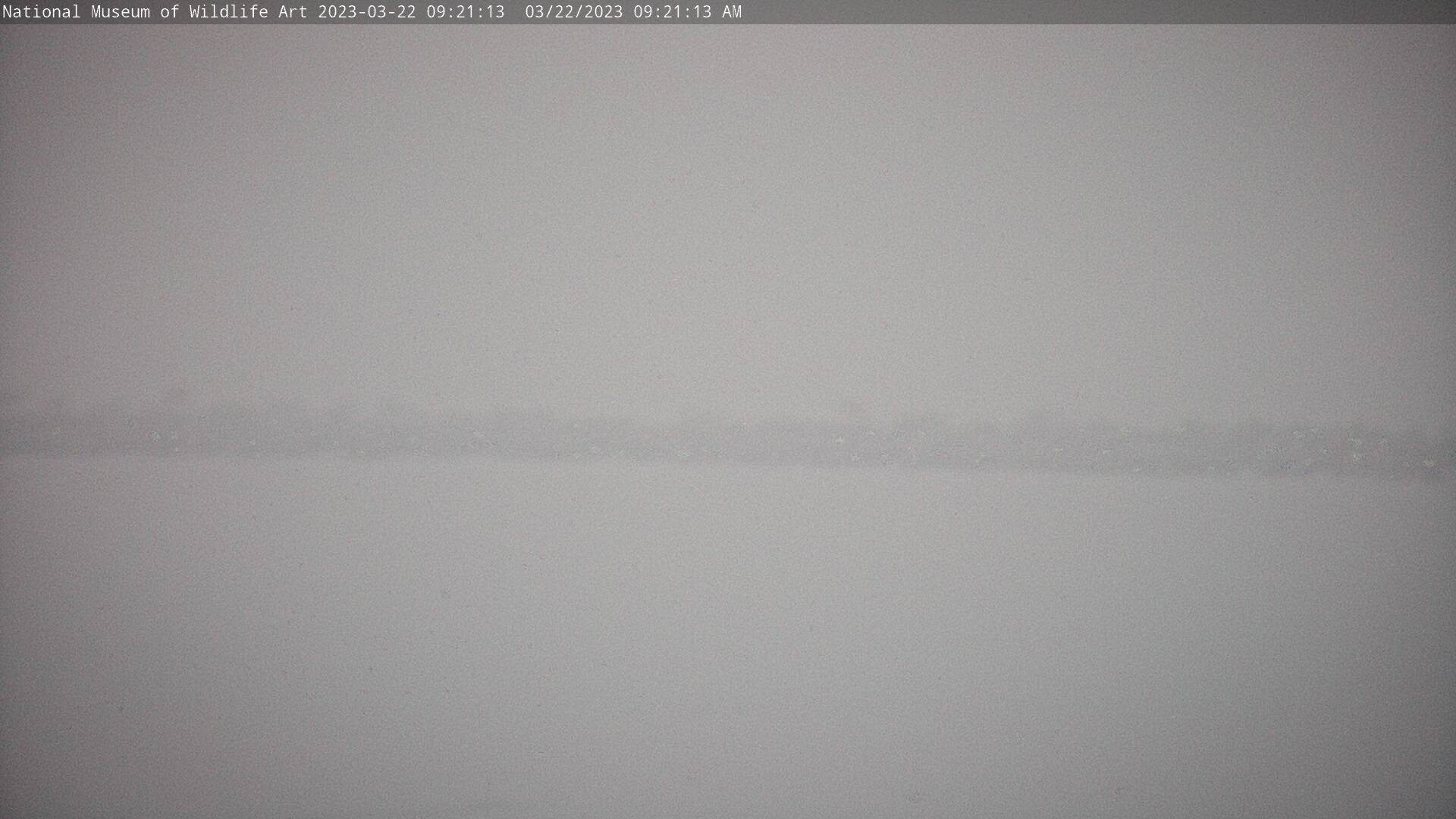 Located National Museum of Wildlife Art at the National Elk Refuge this webcam is able to capture the grandeur of the Jackson Elk Herd. Primarily used as a winter habitat area, the National Elk Refuges seeks to provide, preserve, restore and manage winter habitat for elk. If you are lucky enough you may even see a variety of other wildlife getting their moment of fame in the webcam view. Other species that frequent the area include bison, coyotes, bald eagles, trumpeter swans, and the gray wolf.

The National Elk Refuge was established primarily for the conservation of elk. In 2012, the Refuge celebrated its centennial with hundreds of thousands of elk calling the Refuge home for the winter over the past 100+ years.

The History of the National Elk Refuge
The Jackson Elk Herd historically wintered and migrated through what is now the town of Jackson. At the turn of the 20th century, development began which ultimately affected migratory routes. Elk got into trouble by invading rancher's haystacks and competing with cattle in grazing for natural grasses. It was at this time that the residents of Jackson became concerned that the native elk herd would not survive without some form of human intervention.
Beginning back in 1910, efforts were taken in order to help in the feeding of elk. The Wyoming Legislature began by appropriating $5,000 for local resident, Stephen Leek, to begin feeding hay to elk on his property that was located just south of Jackson. Mr. Leek purchased all of the available hay from local farmers and ranchers in order to accomplish this.

The Wyoming Legislature asked the United States Congress to cooperate with the State of Wyoming the following year in order to feed, protect and preserve big game. The appropriation of $20,000 was made by Congress in order to feed, restock, and investigate issues with the elk population. In 1911, a report was issued that suggested that a winter refuge be established for the elk.

On August 10th, 1912 lands were set aside "for the establishment of a winter game (elk) reserve in the State of Wyoming, lying south of Yellowstone Park...". Then in 1940, a Presidential Proclamation was issued that changed the name from Elk Refuge to National Elk Refuge.

The Seasons of the Refuge
Winter is the most populated time for wildlife viewing at the refuge. Thousands of elk descend upon the area to feed on native vegetation. When harsh winter conditions exist, or there is a lack of vegetation to feed on, then alfalfa pellets are fed by staff of the Refuge. When the seasons turn to spring the bull elk begin to shed their antlers, and new velvet antler growth begins to form. Later in the spring the elk begin to make their journey back up to the ranges of the high country where they will remain until fall. Newborn elk calves begin to hit the ground in late May as the elk are making their migration route to the summer feed grounds.

Aside from the elk, you will also see birds flocking to the refuge during their spring migration and a variety of other bird species are attracted to the wetland areas throughout the spring and summer seasons. The turning of leaves into fall means that it is breeding season for the elk. You will see bulls fighting for dominance, and loud 'bugle' calls will fill the crisp autumn air.