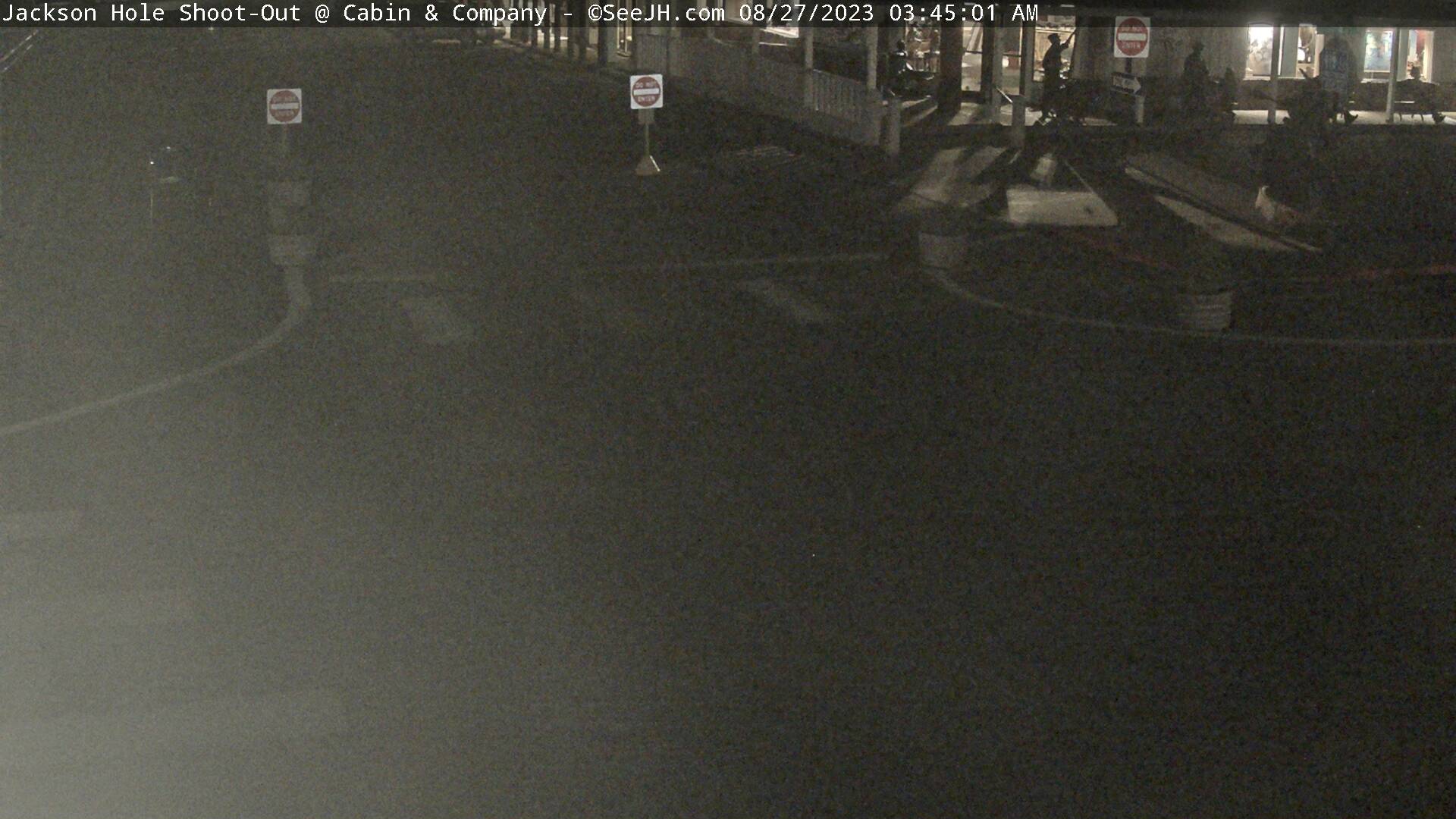 If you are visiting Jackson Hole in person than most locals will tell you not to miss the Town Square Shoot Out! But you have to arrive early in order to get a good seat to see all of the gun slinging action! Lucky for you, if you time the webcam viewing just right you can see this summer tradition on the streets of Jackson.

The Jackson Hole Shootout Gang performs Monday through Saturday evenings at 6pm sharp (Mountain Standard Time), Memorial Day through Labor Day. The Town Square Shoot Out is touted as the longest continually running 'shootout' in the West, which has been a Wyoming tradition since 1957. If you have been on a visit to Jackson Hole then, you can probably landmark the location as it's on the corner near Wells Fargo and Moo's Gourmet Ice Cream. This classic western show is one of the longest continually performed shows of its types and guarantees family fun entertainment. Over the years, it is estimated that over 4 million people have witnessed the Shootout.

The beginning of the Shootout Gang initially started as a way in which to draw visitors to stay and dine in Jackson Hole as the shootout originally had a starting time at 8pm. While the show has evolved over the years, the characters remain believable with elaborate scripts and intriguing gun fighting action. The Jackson Hole Chamber of Commerce currently works with the Jackson Hole Playhouse in order to present the Shootout each season. Authentic characters and costumes truly bring the Old West back to life, helping to keep the tradition alive and allowing Jackson Hole to be 'The Last and the Best of the Old West'.

The Town Square's Elk Antler Arches
Framed by four elk antler arches that were originally constructed in the 1950s and 60s, Jackson's Town Square is the picturesque centerpiece of Jackson. It serves as a meeting place, shopping, dining hub, or just a place to relax. Around the holiday season, you will be able to witness the world renowned antler archway, and Town Square area lit up with festive Christmas lights. The annual tradition of the Town Square Lighting Ceremony attracts many visitors and locals alike. Additionally an annual auction of shed elk antlers is put on by the local Boy Scouts each May in the Town Square.

Known as the picturesque focal point of Jackson Hole, the Town Square is located directly across from the famous Million Dollar Cowboy Bar. The bar is world renowned for its gallery-like atmosphere, live entertainment, and western dancing. It serves as Wyoming's landmark watering hole for nearly any type alcoholic beverage. The saddle barstools, animal mounts, and western memorabilia will have you feeling like you are in the Wild West.

The Jackson Hole Town Square serves as a hub for stagecoach rides, public transportation, people watching and a festive atmosphere.