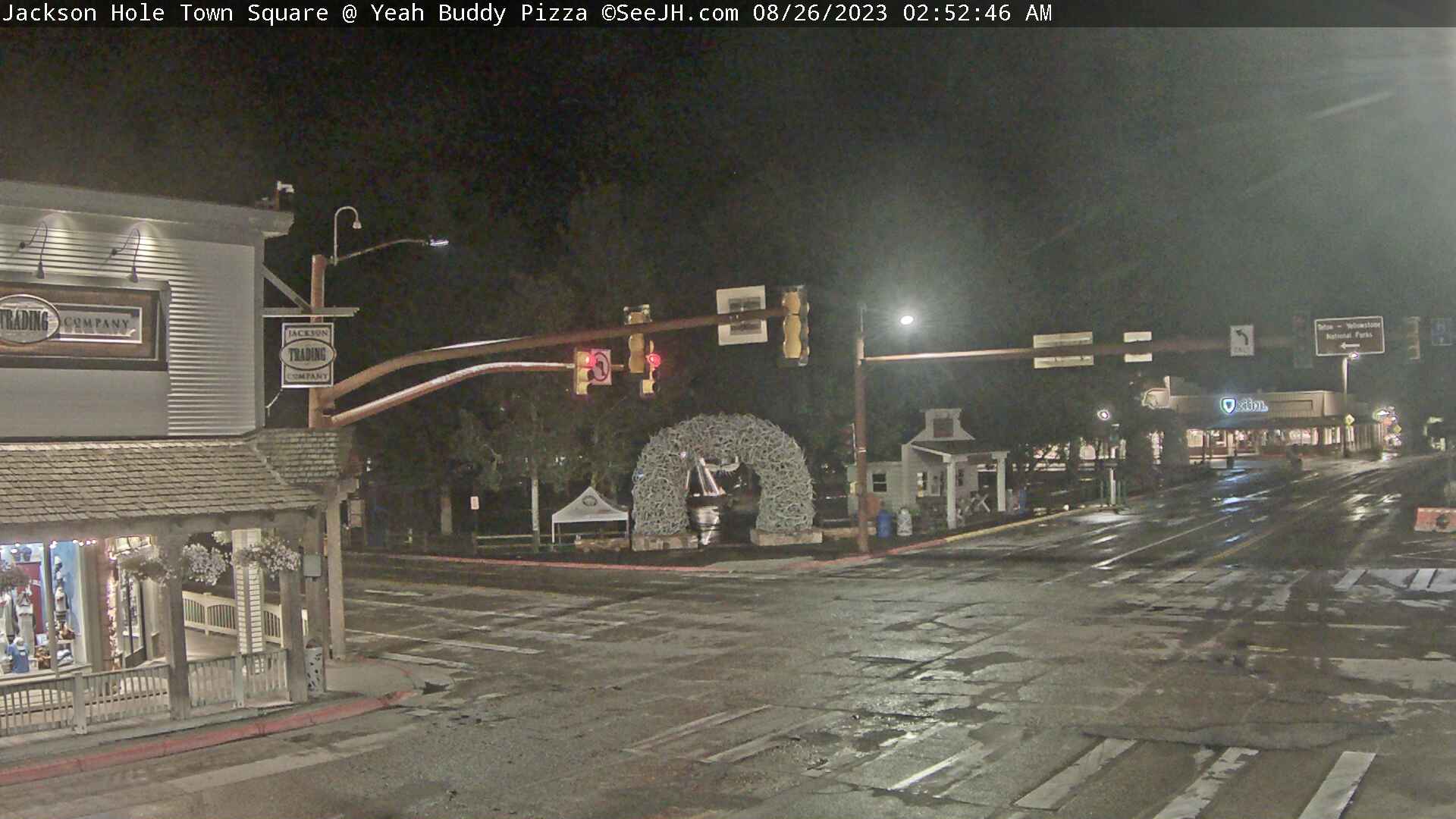 Jackson Hole, Wyoming Town Square web camera looking South-East featuring the Town Square Park and the south-west elk antler arch. Noted for being the only Town Square within the state of Wyoming, the Jackson Hole Town Square, serves as a hub for local activity and events.