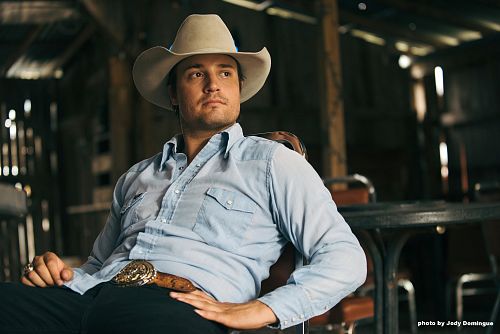 Cooper grew up surrounded by music taking piano and guitar lessons. By the age of ten he’d written a gospel song with his mom, and set his mind to playing guitar and a life of music. He’s been in Nashville for five years, but Cooper hails from Lubbock, Texas, the hometown of Buddy Holly, and Holly’s influence upon Cooper’s music is clear. Every country song rocks, and every rock song has an unmistakable twang.

Ross Cooper’s career has parallels with Chris Ledoux, the bareback riding world champion and country music star that inspired Garth Brooks’ rodeo songs and rambunctious live shows. Like Ledoux, Cooper began making music while still working the rodeo circuit. Cooper’s rodeo lifestyle provides great material for his songs, but this isn’t just a rodeo record. A fan of both indie-rock and country-folk greats like Guy Clark and John Prine, Cooper draws largely upon small town life and the simplicity it affords. It’s this eclectic taste in music and his time in the trenches with other talented songwriters that makes I Rode The Wild Horses special. The sound of the record ranges from country torch bearers to dirty garage rockers, and from the first note you know this is something different.