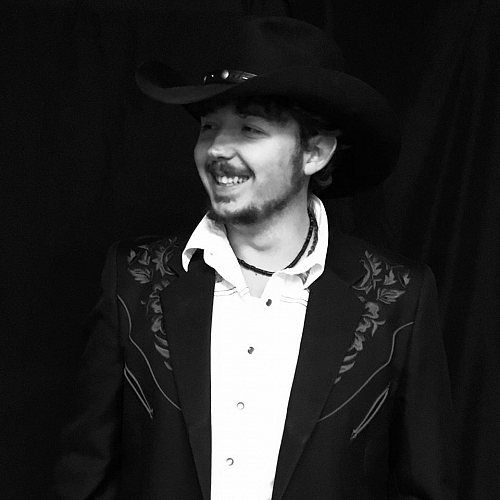 It has been said that Richie Law is Colorado’s rising star.

Richie was born in Kennesaw, GA on April 27, 1992. Richie moved to Colorado at the age of 7 surrounded by a family filled with musical talent. Richie sang in complete sentences before he spoke in complete sentences. Now as a man, he is exciting crowds across the country with his band of top-notch players. His enormous vocal range with thundering lows are sure to send a shiver through your body at any given performance.

Richie has a long list of accolades for such a young man, but he isn’t resting on his past accomplishments. He is constantly perfecting his style and keeping his show current and relevant in today’s country market.

Richie has no doubt been influenced by the well-known baritone vocals of Josh Turner, Johnny Cash, and Elvis Presley. With years of experience and vocal training in his hip pocket, he also has a large tenor range that is uniquely suited for the modern country market. He really enjoys styles by artists like the Brothers Osbourne and Luke Bryan amongst others.

Richie was a finalist in Season 11 of American Idol and since then he has shared the stage with some of country music’s top stars including Darius Rucker, Jewel, Thompson Square, Sawyer Brown, Josh Turner and many others.