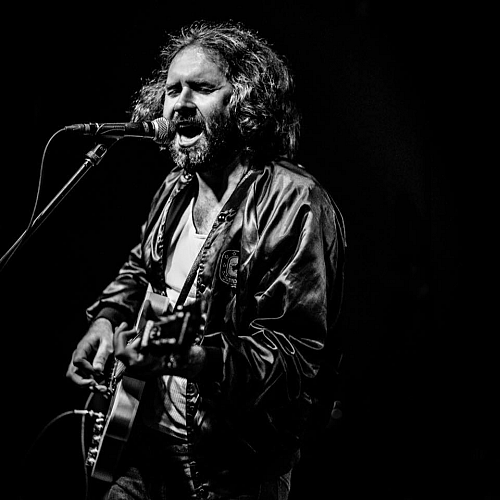 Barreling through the gates of country music, HELLBOUND GLORY, is justifying rightful ownership to the band’s declarative namesake. In defining their sound, distilled of equal parts melody and bar-room-thump, this Reno, NV based band is packing the house to a growing legion of fans coast to coast. Front man and songwriter, Leroy Virgil, explains; “We just really dig the challenge of a new audience. We’ll walk into a new room full of folks that haven’t heard our music, play a 4 or 5 hour night, and drive away with more people that consider themselves fans. I’m not a flashy guy but I like showing off.”

Virgil’s songwriting consistently tests the boundaries of conventional country music’s lyrical playing field. When asked to describe the band’s signature sound, Virgil proclaims, “Country music was a big influence on the rock music I wrote when I was younger and still in Aberdeen. That same rock music echoes a bit in my country western music today. We’re really not afraid to piss off any of either genre’s purists. We’re just out there being ourselves!” In fact, HELLBOUND GLORY songs resound with equal parts wit and humor. An unabbreviated and honest statement of the world we live in today.

This is HELLBOUND GLORY, music as honest and reflective in a frantic urban metropolis as it is on lost and desolate byway.